Below you will find a collection of events in which Miebach Consulting is participating, as well as news such as information about latest market trends, corporate activities and projects developed by us. Check back to this area often, as we are continually updating it to share interesting insights with you.

Sound strategies and solutions for the supply chain

Global supply chain consulting meets engineering: We design and implement state-of-the-art supply chains and are one of the world’s largest consulting and engineering enterprises in this field. We develop sound strategies and execute successful solutions for network structures, processes and facilities along the complete supply chain and ensure supply of the world. Due to dynamic market developments and highly competitive environments, supply chains continually face adaptive challenges. Companies need to design and apply individual strategies. Therefore, we develop solutions in response to our clients’ specific business cases. Over 350 consultants in 21 countries around the world provide the knowledge and experience to aid clients in local, regional, and global projects. Setting standards As a holistic consultancy and engineering enterprise, Miebach Consulting sets the standard in the combination of strategic knowledge and implementation capabilities. Our experience in research, development and best practice makes us a natural partner for companies that need to respond dynamically to change and we ensure that all objectives can be achieved in the implementation of their projects.  Across all regions The know-how of our experts encompasses global industries and regional requirements. 24 locations in 21 countries enable us to offer precise global solutions based on a deep local business understanding. When working with Miebach, clients benefit from an integrated approach to logistics, having one partner support them with a seamless transition from strategy to execution.

ProMat, the largest trade show for manufacturing and supply chain professionals in North America will once again be at McCormick Place in...

At the heart of the industry: We regularly attend and present at supply chain events worldwide, so this is a way to meet us in person and talk with our consultants and engineers about trends and developments as well as our services and industry insights. Check out the fairs, congresses and conferences to see where we will be in attendance.

Miebach Consulting will be represented at this logistics fair.

We are looking forward to your visit. 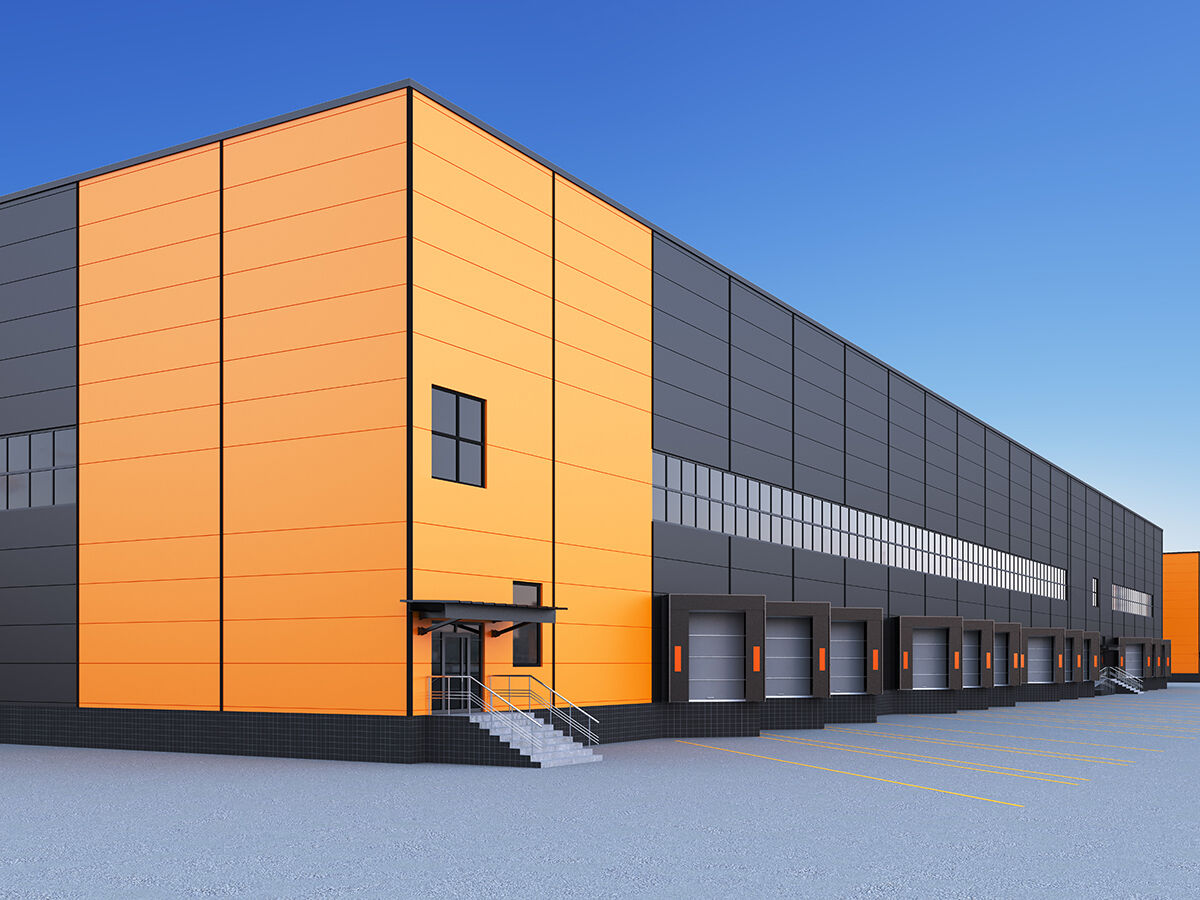 What are the success factors in logistics outsourcing? Invitation to take part in the study

In cooperation with the Deutsche Verkehrs-Zeitung (DVZ), Miebach Consulting is launching the ninth edition of our outsourcing study for...

News as it's happening: This section will contain news pertaining to Miebach Consulting. Take a closer look at our latest press releases, company announcements and industry reports. Learn more about the development of our enterprise, our current benchmark projects and our business insights. 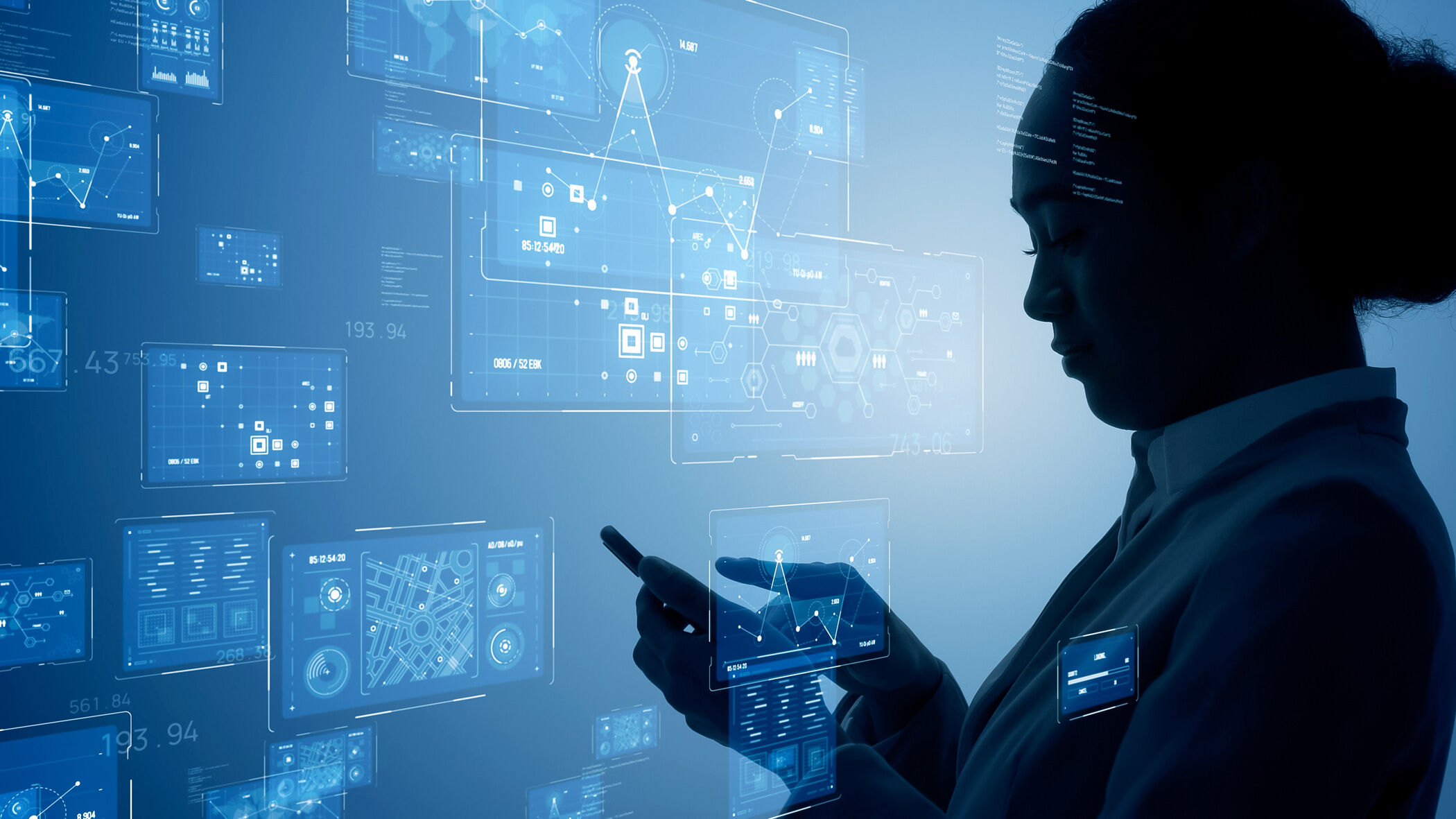 Miebach Consulting launches the survey for the newest edition of the Supply Chain Risk Management market study which was first published in 2019. Participation in the online questionnaire (link) is valid until February 15th, 2023.

Miebach Consulting launches the survey for the newest edition of the Supply Chain Risk Management market study which was first published in 2019. Participation in the online questionnaire (link) is valid until February 15th, 2023.

These days, risks are almost an everyday occurrence; demands for flexible and more resilient supply chains have increased. In addition, there are strict regulations on the horizon that will put companies and their supply chains under pressure in regard to human rights and environmental issues. If the past few years have taught us anything, it is that risk management is indispensable for companies to be able to navigate safely through difficult times.

In the first edition of the 2019 study, disruptions due to complex supply chain structures were named as the main risk drivers.  Aim of the new survey is to evaluate  measures that have proven to be successful over the past 12 months and to highlight the relevance that companies appoint to this topic today.

The results of the study are intended to show medium term trends in the market and provide sound information. Answering the online questionnaire (link) takes about 15 minutes. The results will be evaluated anonymously and sent to each study participant upon request.

ULaaDS (Urban Logistics as an on-Demand Service) is an EU-funded project that started two years ago with the aim of making certain European cities more sustainable by relocating logistics activities and reconfiguring the flow of goods...

ULaaDS (Urban Logistics as an on-Demand Service) is an EU-funded project that started two years ago with the aim of making certain European cities more sustainable by relocating logistics activities and reconfiguring the flow of goods at different scales. This project is developed through a consortium that is composed of 24 entities related to various professional activities and of which Miebach Consulting is part as a logistics consulting representative.

The project is structured around seven urban logistics business models and schemes, piloted in Bremen, Groningen and Mechelen and replicated in other satellite cities (Alba Iulia, Bergen, Edinburgh and Rome). To date, several of these pilots have already been launched.

After a long period of remote communication due to the pandemic, two on-site visits to the cities of Groningen and Mechelen have been organized in recent months to see the different pilots in operation and to learn in detail about their SUMP (Sustainable Urban Mobility Plan) concepts. Workshops were also held to analyze the different challenges faced during the implementation of the pilot tests, to present the conclusions and results obtained so far and to determine the next steps to be taken. Finally, the satellite cities that are part of the project consortium also had the opportunity to present solutions implemented in their area and exchange information with the rest of the project partners.

Two pilots have been initiated in this city:

This city in the Netherlands, which wants to turn its historic center into a zero-emission zone for logistics transport by 2025, has been the site of two ULaaDS pilot tests:

This Belgian city, which aims to reduce its logistics emissions in the city to zero by 2030, hosts two of the ULaaDS pilots:

However, the ULaaDS consortium believes that this is already yielding two valuable conclusions: that sharing economy concepts are not yet mature enough to be implemented in real life, and that collaboration between direct competitors in urban logistics is difficult because they fear losing customers to each other.

The project team will focus on data collection to conduct both quantitative and qualitative evaluations of each of the pilot tests. Through surveys and data recording, their effects on logistics and traffic efficiency, space utilization, environmental and economic impact will be analyzed. These analyses are very important for assessing the continuity and viability of the initiatives.

On November 17, 1982 Miebach Consulting opened its office in Barcelona. This was the first office in Spain and also the first outside Germany for this supply chain engineering and consulting company, which was founded by Dr. Joachim...

On November 17, 1982 Miebach Consulting opened its office in Barcelona. This was the first office in Spain and also the first outside Germany for this supply chain engineering and consulting company, which was founded by Dr. Joachim Miebach in Frankfurt nine years earlier.

Since then, Miebach España ─which currently also has a second office in Madrid─ has worked for numerous companies from all industrial sectors, developing national and international projects of different types and continuously adapting to technological and market changes.

The establishment of Miebach in Spain was the catalyst for the group towards expansion into Latin America: the opening in Barcelona was followed by Buenos Aires (1994), Santiago de Chile (1996), São Paulo (1996), Mexico City (2000), Madrid (2000), Guatemala City, (2002), Bogota (2007) and Lima (2010). Miebach Spain has also played an important role in the group's European strategy, which has always been a priority for the company.

During the first decades of Miebach's operations in Spain, the company's services were very focused on engineering projects and warehouse design, evolving to be grouped around five core competencies: engineering and implementation, supply chain transformation, operational excellence, digital supply chain and sustainable supply chain and logistics.

"I have been working in this company for just over 30 years, and while technology has changed a lot in this time, our approach to designing and implementing solutions, our relationship with customers, and the internal relationship with our people and our group have not undergone major changes,” Antonio Rodriguez, Managing Director of Miebach Spain, remarked. He continued, “This is part of the Miebach culture, understood and appreciated by those who have worked with us. For the future, we hope to continue to have the confidence of the market and, especially, of the people who are part of it.”

Thanks for your interest in a career with Miebach Consulting! The following pages will provide you an overview of development options and professional opportunities as a supply chain engineer. When you work at Miebach, you will stay in touch and help develop the latest trends and make a difference with some of the leading companies across the globe. We look forward to meeting you. Today’s economy does not work without supply chains. The demand for the field of logistics has developed tremendously and still increases constantly. Supply Chain Engineers ensure that projects succeed through having the complete value chain in mind. At work you might create new facilities, introduce lean initiatives, optimize supply chain networks, or re-engineer entire supply chains. We combine strategic with engineering expertise and you decide where to excel. Working with us is highly versatile, as your first project could be at an airport in a cargo hub, at a car manufacturer or at a fashion brand.

The reputation and capability of any consulting firm rests solely on the shoulders of the individuals with whom the client entrusts their projects. Below are the highly respected persons who help lead, develop, and guide our teams on a local and global level.

Miebach Consulting was founded 1973 in Frankfurt, Germany. The company’s proven international record of successfully implemented projects and solutions exceeds 10,000. With now more than 400 employees, Miebach is one of the leading supply chain focused consulting and engineering companies.